With studies on History, Audiovisual Communication, exhibition curatoring, and Archive Film Preservation, he has worked as researcher, writer, documentary film-maker, in Film & Social Sciences literacy projects, and as a lecturer in various Spanish universities.

Film & video curator since 2006, he has curated exhibitions and programs in various countries like China, Brazil, USA, Germany, Russia, France and Israel, and collaborated with institutions such as Instituto Cervantes, KunstWerke (Berlin), Cineteca Nacional de Mexico. He has been a jury member at festivals in South Africa, Italy, Hungary and Siberia, as well as at the Berlinale (‘Generation’ section). He is the Spanish-language Film Programmer and film committee member for Tallinn Black Nights FF, which allows him to be updated about the nowadays reality of CEE films. Founder and collaborator of an independent film distribution brand for non-profit theatres in Spain, and a co-founder of REC International Film Festival of Tarragona (Spain) in 2001 and has been the Art Director of the festival since 2006 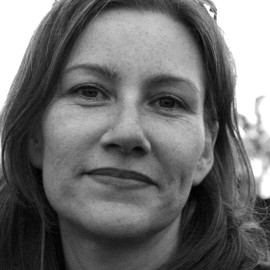 Born in Czech Republic, she lives in France since 2001. She is Festival curator of the ‘A l’Est du Nouveau’ film festival for Central and Eastern European Films in Rouen, France. She is also the programme curator of the Latin-American edition of this festival ‘Al Este de Lima’ in Lima, Peru. Along with that, she is Managing Director of the Film New Europe Association and expert for the Czech Film Fund. From 2003 until 2011, she worked at Europa Cinemas as project manager for Central and Eastern European countries. She assumed the office of the General Delegate of CICAE (International Confederation of Art Cinemas) in 2011-2013. 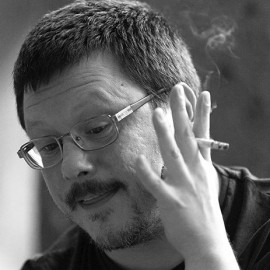 A Belgrade-based freelance journalist, film critic, translator and festival programmer, holding a BA in Culture Management at Belgrade Faculty of Dramatic Arts. He is the Balkan correspondent for Screen International and Cineuropa.org, and regularly writes film reviews, industry news, interviews and festival reports for several international websites and magazines. He was a jury member at more than 30 international festivals in the past eight years. He is the programme director of International Film Festival Kratkofil Plus in Banja Luka (Bosnia and Herzegovina) and programme advisor to numerous film festivals, including Motovun, Linz Crossing Europe, Skopje, Palic, Split, Belgrade Short and Documentary Film Festival and others. 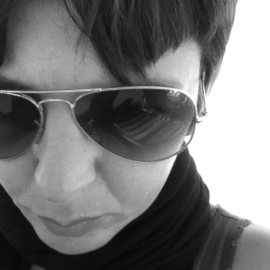 Graduated in Social Work with a Post Graduated in International Relations her professional life has been linked always around social organisations and cultural projects. Responsible of European Programmes and International Relations in the Barcelona Youth Council for 4 years she has been adviser and promoter of the main European Projects made in Barcelona especially the ones includes in the YOUTH Programme during the period 1998-2003. After that she joins the team of “Forum of the cultures Barcelona 2004” coordinating the Artist Office, working with the artistical promoters team. She founded different cultural associations, with different aims as to stimulate international exchanges and cultural iniciatives, to encourage different artistic actions in a neighbourhood in coordination with their social organisations and neighbours, or to promote social events that includes the kids as a new audience. She has worked also as Youth Adviser in the Youth Department of Catalan Government working in the implementation of youth policies in the small villages.  At present she is leading the production team of REC, International Film Festival of Tarragona.  She is the director of the MINIPOP Festival, an event based in contemporary culture for kids and adults which includes concerts, artístic workshops, cinema and theater.